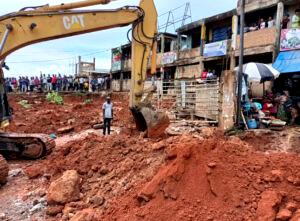 The Enugu Capital Territory Development Authority (ECTDA) has restored roads and streets in the capital city that were previously hijacked by traders and artisans who converted them to illegal shops and mechanic workshops.

Chairman of the ECTDA, Dr. Josef Onoh said that the affected persons were given over one year notice to vacate the converted streets but were recalcitrant, hence the enforcement of the development control activity.

Onoh stated that the administration of Governor Ifeanyi Ugwuanyi was so compassionate that it motivates and supports growth of small scale businesses, but not at the detriment of the capital city development plan.