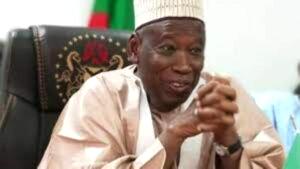 Gov. Abdullahi Ganduje of Kano State has applauded the efforts of troops of 3 Brigade of the Nigerian Army for securing Falgore forest and other notorious forests in the State.

Idimah said that securing the forest by the army has denied criminals the freedom of carrying out their nefarious activities within and around these forests.

According to him, Ganduje made the statement when he played host to the Commander, 3 Brigade Nigerian Army, Brig-Gen. Sinyinah Nicodemus, who paid a courtesy call on the Governor on June 23, at the Kano Government House.