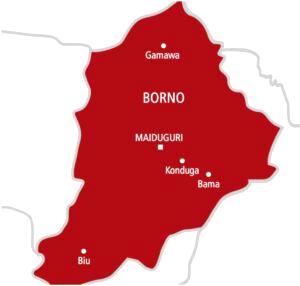 The Nigeria Country Representative of french iNGO, ACTED, Santiano Alexandra has clarified the reason some of its staff were caught at a hotel in Maiduguri, the Borno state capital using toy guns for training and simulation.

Recalled that, governor Babagana Umara Zulum directed the immediate suspension of ACTED, an international Non-Governmental Organization (iNGO) following Saturday’s discovery that the humanitarian iNGO was using a hotel in Maiduguri for training some persons on shooting.

Zulum’s spokesman, Malam Isa Gusau, who announced the Governor’s directive, said the French iNGO was found using toy guns and simulators in training exercises at a hotel located off a circular road in Maiduguri. Even as the governor’s spokesman, Mallam Isa Gusau in a statement explained that residents near the hotel had reported to officials that they were hearing sounds of gunshots from the hotel, following which government officials reported the…