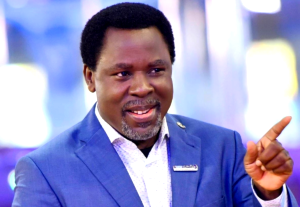 The letter was dated June 15, 2021 and signed by the General Overseer òf RCCG and was made known to the media recently.

Adeboye had been a antagonist of Joshua and he even said some years ago that he would not preach in Joshua’s church unless the prophet would allow him to preach salvation message to him to become born again before he could minister in his church.

Many top Christian leaders did not condole with Joshua except a few of them.

In the letter addressed to Mrs Evelyn Joshua, Adeboye said he joined millions of people worldwide to register the church’s condolence with her on the passing of her husband.

He said he believed he would meet Joshua…