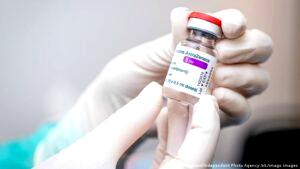 Unlike the second wave of COVID-19 pandemic when Nigerians abandoned safety protocols, the news of Nigeria slipping into the third wave has caused a lot of concerns in the country.

From Lagos to Maiduguri, Sokoto to Ogun, there is growing anxiety over the gradual return of the disease.

The situation is being heightened by the emergence of the highly infectious and transmissible type popularly known as Delta Variant. It was first discovered in India.

The fear among many Nigerians may not be unconnected with the announcement by the World Health Organisation, WHO, last Thursday that new weekly cases in Africa have now overtaken the weekly numbers recorded at the height of the second wave in January this year.

According to WHO, Africa is witnessing the fastest surge ever in COVID-19 as cases have risen for eight consecutive weeks, topping six million as of July 13, 2021.