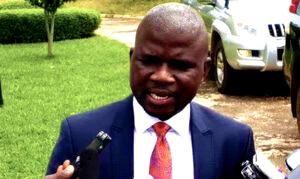 AHEAD of 2023 general elections, a pressure group under the aegies of Concern Benue indigenes in Nasarawa state (CBILN), Wednesday, endorsed Terver Akase, the chief press secretary to the Benue State governor, Samuel Ortom as their pre­ferred governorship aspirant.

They have vowed to compel governor Ortom to ensure that Akase is anointed as a consensus candidate to continue with the remarkable landmark achievements the state is witnessing under the present administration in the state.

The group in a statement signed by it’s Coor­dinator, James Agashi and the Secretary Okpanachi Orokpo, the CBILN said that Akase was chosen based on his determination, commitment and interest shown so far on the development and transformation of the state especially in the area of human capital development.

Accordinging to the leaders of the group, “Having looked into the antecedents of all governorship aspirants, the group decided to support an…