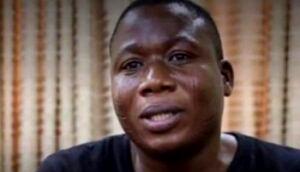 A retired top diplomat itemizes the factors that will play in favour and against Sunday Adeyemo (Sunday Igboho) in the ongoing legal battle to extradite him back to Nigeria from Benin Republic.

Igboho had been arrested by Benin security authorities on Tuesday as he was fleeing to Germany through the West African country.

One of the arrowheads of the campaign for the Yoruba nation to secede from Nigeria on the grounds of the alleged injustice the South-West region of Nigeria is facing in the hands of the federal authorities headed by a northerner, President Muhammadu Buhari, Igboho’s Ibadan home was raided by security forces a couple of weeks ago during which some of his aides were killed and others arrested. He narrowly escaped being arrested during the raid only to surface in Benin last week.

READ ALSO: Igboho not abandoned, Yoruba leaders working behind the scenes for his release –…