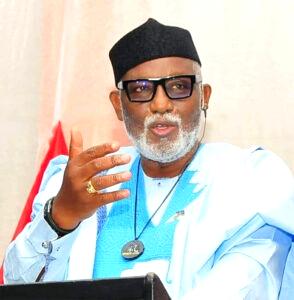 The All Progressives Congress APC has hailed Wednesday’s Supreme Court decision which upheld the victory of Rotimi Akeredolu SAN in the last governorship election in Ondo state.

The apex court had reportedly dismissed the appeal by Eyitayo Jegede and his party, the Peoples Democratic Party PDP, on the grounds that it was incompetent.

“Fondly and popularly referred to as ‘Aketi’, the Governor Akeredolu administration is now poised to redouble the tempo of quality service delivery and consolidate its giant strides in the critical areas of education, healthcare delivery, infrastructure development, security, youth empowerment and industrialization”, APC said in the statement by the National Secretary of its Caretaker Extraordinary Convention Planning Committee CECPC, Sen. John James Akpanudoedehe.

Part of the statement reads; “For many residents of the Sunshine State who joked that Akeredolu has turned the state into a busy construction site, it…