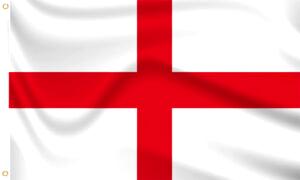 England is expected to open its borders to allow U.S. and European Union (EU) travellers who are fully vaccinated against the Coronavirus (COVID-19) to enter without the need to quarantine, according to reports.

The plans, which would be a boost to the aviation and tourism sectors, were expected to be discussed by ministers on Wednesday, The Guardian and The Times reported.

The Guardian added that conversations were also expected between Whitehall officials and the devolved administrations on whether the change would apply to England only, or all four nations of the UK.

The changes were expected as soon as next week, while countries outside the EU and U.S. could be allowed inbound quarantine-free travel at a later date, The Times added.

It comes after aviation firms claimed a trial has demonstrated the UK can safely exempt fully vaccinated U.S. and EU visitors from self-isolation.

In the Heathrow Airport, British Airways and Virgin Atlantic said their 10-day…