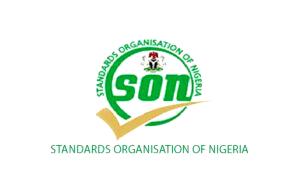 A team of the Surveillance, Investigation and Monitoring (SIM), Unit of the Standard Organization of Nigeria ( SON), has uncovered a lubricant adulterating syndicate at a residential property situated at number 25 Isoko Street, Sunny Bus-stop, Ojo,  in the Alaba International Market area of Lagos State.

A  suspect, Mr. Chizoba Emmanuel,  who was found on the premises with various drums of base oil and  empty drums used to mix and repackage the substandard lubricants, was arrested.

Briefing  newsmen at the location, Director General, SON,  Mallam Farouk Salim,  who was represented by the Coordinator SIM Unit, Mr. Suleiman Isa, described the discovery as shocking, stating that it was indeed a wake-up call for Nigerians and particularly the organisation that there is still work to be done.

According to him, despite SON’s several arrests in the past, deviant Nigerians still persist in the act of adulterating engine oil and selling to…