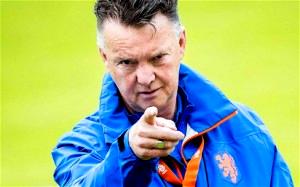 The Netherlands Football Federation (KNVB), on Wednesday confirmed Louis van Gaal as the new coach of the  male football national team for a third time.

The 69-year-old veteran replaces Frank de Boer on the bench after the former Dutch defender stepped down following the last 16 exit at Euro 2020.

His immediate task was qualifying for the 2022 World Cup in Qatar, after three games of Group G.

The Netherlands trailed leaders Turkey by one point and will next face Norway in Oslo on Sept. 1.

Van Gaal won the Champions League with Ajax in 1995 and had managed Barcelona, Bayern Munich and Manchester United among others. (dpa/NAN)