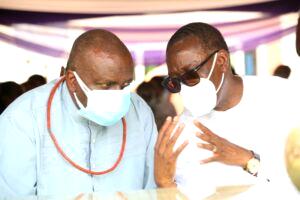 Okowa’s message of felicitation with the former governor was contained in a statement by his Chief Press Secretary, Mr Olisa Ifeajika, in Asaba.

He described Ibori as a great and inspirational leader, who had so far left indelible footprints in his service to the state and humanity.

Okowa lauded his former boss whom he served as a two-time commissioner, for laying the foundation on which successive administrations in the state built upon.

According to him, Chief Ibori is our great and indefatigable leader and pathfinder, who built bridges of unity across the various ethnic…