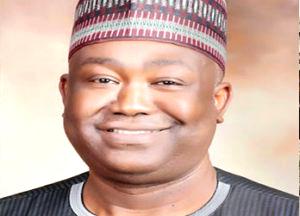 A founding member of the Peoples Democratic Party, Gbenga Olawepo-Hashim, on Wednesday ditched his party and formally joined the All Progressives Congress, saying that his former party does not have what it takes to move Nigeria forward.

Mr. Olawepo-Hashim, who made the formal declaration at a media briefing in Abuja, said he had consulted widely with the chieftains of the APC before moving over to the party given his strong belief that the ruling party has what it takes to protect the unity and progress of the nation.

Olawepo-Hashim, a former presidential aspirant, who hails from the North-Central Zone, said he had consulted and held many discussions with the Attorney General of the Federation, Abubakar Malami, the FCT Minister,  Muhammed Bello, the Special Duties Minister, George Akume, the Kwara State Governor, Abdulrahman Abdulrazak and the FCT APC Chairman before defecting…