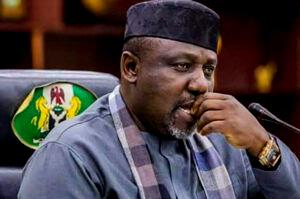 ..I’m surprised, we are going on appeal – Okorocha’s Council

Justice Fred Njemanze who gave the rulling said there was no verifiable reasons before him that the properties should not be forfeited to the State Government and that the white paper gazette covering the land matters remained a legal binding document.

He added that there was no “Concrete and verifiable reasons why a final and absolute forfeiture order should not be given in favour of the Imo state government and that Imo government can go ahead and do whatever it deems fit to do with the properties.”

It should be recalled that on 26 February, Justice Njemanze, gave an interim forfeiture order, following an application brought before it by the Imo state government council, Louis Alozie, Senior Advocate of…