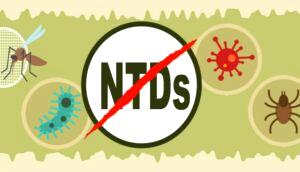 Ignorance, stigma, discrimination, and fear of matrimonial as well as other societal consequences have continued to rob victims of NTDs such as elephantiasis their livelihood and treatment they require to get well.

Today, findings by Good Health Weekly, have shown that most Nigerians affected by any of the 15 Neglected Tropical Diseases NTDs, ravaging communities have continued to suppress their health-seeking behaviour. Many are reluctant to speak about their condition.

More pathetic is the fact that they have been healed but the disease still remains.

Such is the case of 45-year–old Lucy, currently suffering from lymphatic filariasis, popularly known as elephantiasis.

Elephantiasis is an infectious disease caused by tiny worms spread by mosquitoes.

Lucy, a mother of nine, who hails from Ogu–Bolo Local Government Area of Rivers State has lived with the disease for…