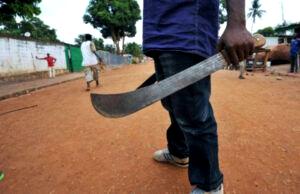 At least four persons including a one year old baby, two children and their mother have been reportedly killed in a late night raid by suspected armed militia from Ngbo community in Ebonyi State on Okokolo community in Apopogolo, Ado Local Government Area, LGA, of Benue state.

The attackers who were said to have stormed the community, yesterday, in a commando fashion also razed the home of the victims which was located along the boundary area of the two states.

Vanguard gathered that the attack which came about two months after a similar attack in the area claimed the lives of over 200 persons leaving not less than 150 others injured has forced many residents of the community to flee their homes.

“They came into the community in their usual commando style at about 12 midnight when the people were fast asleep. Unfortunately their victims were the three children and their mother who were gruesomely murdered after which their house was burnt…