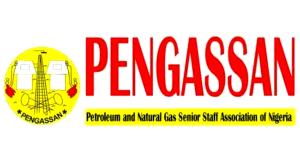 DESPITE the controversy that has trailed the allocation of three percent to host communities in the just passed Petroleum Industry Bill, PIB, by the two chambers of the National Assembly, the Petroleum and Natural Gas Senior Staff Association of Nigeria, PENGASSAN, has said that the three percent of operating expenditure is a good starting point.

The association also said that it has never opposed deregulation as a policy but insisted that it will not support a deregulation policy that is hinged on importation.

Speaking to journalists on the sidelines of the maiden edition of PENGASSAN Security Awareness Campaign in Abuja, National President of the association, Comrade Festus Osifo, said that allocation of about five percent for the host communities would have been better, but it was good that there was a starting point.