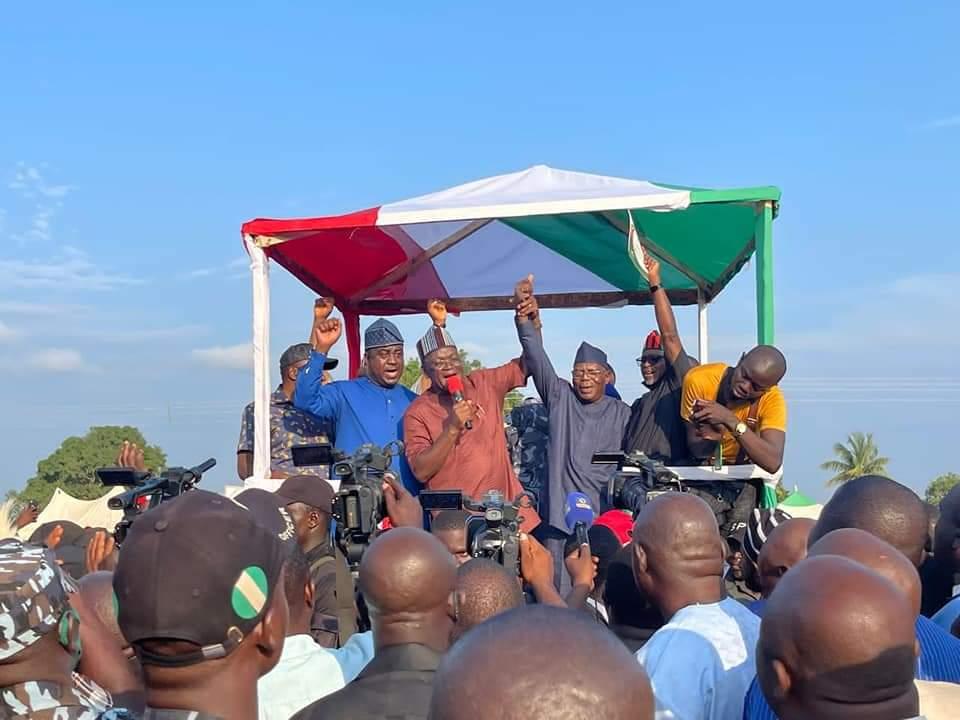 The mass defection of members of the All Progressive Congress, APC, and those of other political parties in Benue state continued at the weekend when hundreds of them in Ushongo Local Government Area, LGA, of the state again decamped to the Peoples Democratic Party, PDP.

The defectors who abandoned their parties less than two weeks after a similar occurrence in Agatu and Kwande LGAs were received by Governor Samuel Ortom assisted by Senator Gabriel Suswam representing Benue North East senatorial district.

Led by Dr. Akoso Aganyi, they cited the unending armed herdsmen attacks in the state, worsening insecurity and skyrocketing prices of goods and services as well as increasing poverty in the country under the APC led federal government as some of the reasons for dumping the party.