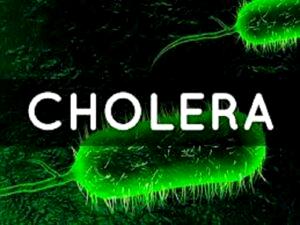 Cholera epidemic ravaging ADAMAWA state is spreading like wild fire as 70 cases have so far been recorded as at Sunday.

This came as the polio virus disease has also been discovered in some communities in the state.

She disclosed that already 70 cases have been diagnosed in the state, even as some have been treated and discharged from hospitals.

Dr La,ore , who doubles as the cordinator Cholera containment committee…