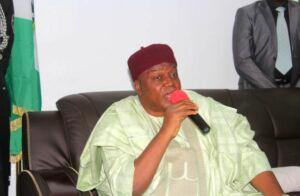 Ishaku in a statement by his Special Adviser on Media and Publicity, Bala Dan-Abu, described the deceased as a great servant of God who played a key role in the spread of Christianity to the hinterlands of Taraba State and the entire North East region of Nigeria.

According to him, “the late clergyman earned for himself alot of respect and recognition from which the younger members of the Baido Tijo family  would continue to profit for a long time to come.