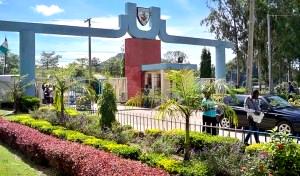 Following the rising spate of insecurity in Jos and its environs, the Management of the University of Jos has suspended all academic activities in the institution till further notice.

Mr Monday Danjem, the Registrar of the university, unveiled this development in a statement on Friday in Jos.

According to Danjem, the decision to suspend academic activities and shut hostels was arrived at the end of the meeting between management and the Committee of Deans, Directors and Provost of the institution on Friday, August 20.

“The insecurity in Jos, which led to the imposition of dusk-to-dawn curfew has affected the academic activities and forced the university to suspend its second semester examinations for the 2019/2020 academic session.

“Students of the university continued to experience attacks from hoodlums, a situation that has led to the death of some of our…