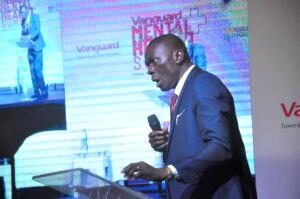 Speaking during the maiden edition of Vanguard Mental Health Summit in Lagos, Osibogun said that the situation was made worse with the current insecurity in the country while the country continually experiences brain drain in the area of medical experts.

He noted that the predicament of people suffering mental health-related issues is compounded as a result of stigmatization, discrimination, denial and lack of understanding.

According to Osibogun: “Recent estimates suggest that not less than 40 million Nigerians have one mental issue or the other and we have less than 200 psychiatrists in the country at the last count. I honestly don’t know how many are left after the current wave of brain…