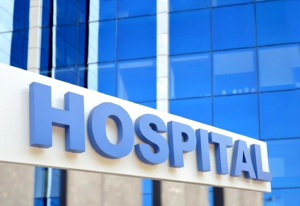 A student of Waziri Ummaru Federal Polytechnic, Birnin Kebbi, Khalid Kabir Argungu was on Tuesday reportedly electrocuted in his hostel.

It was reported that he died while operating an electric stove the hostel.

Kabir, who falls between 23-24 age bracket, was said to be electrocuted in his hostel on Tuesday and confirmed dead at the Sir Yahyah Memorial General Hospital, Birnin Kebbi.

While confirming the incident to newsmen in his office on Wednesday the Rector, Arch. Muhammad Sani Aliyu, explained that the Doctors and Nurses at the Institution’s Clinic rushed the deceased to the Sir Yahyah Memorial hospital when they realised his case was serious.

According to him, “I want to sincerely appreciate you for your coming to commiserate with us over the death of our student, Khalid Kabir, an HND1 student of Science Technology Department.  We thank you must sincerely for coming…