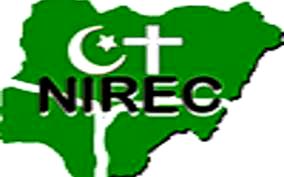 The Nigeria Interreligious Council, NIREC, has denied speculations linking the Secretary to the Government of the Federation, Mr Boss Mustapha, to an alleged plot to clamp down on Christian clerics who are critical of the government.

A section of the media had reported that Mustapha warned during NIREC’s 3rd Quarterly Meeting that the Federal Government will commence the arrest of Bishops and Pastors who preached against the current regime.

The rebuttal was contained in a statement signed by NIREC Executive Secretary, Prof. Cornelius Omonokhua, in Abuja, on Thursday.

The co-chairmen of NIREC, His Eminences, Rev. Samson Ayokunle, the CAN President; and Alhaji Muhammad Sa’ad Abubakar, the Sultan of Sokoto, was quoted to have described the report as mere “propaganda” and “misguiding error” against the authorities.

The statement reads in part,…