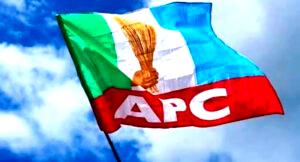 Alhaji Lawan Yunusa, Chairman, APC Local Government Congress Committee in Jigawa, says the adoption of consensus in LG Congress is in line with the party’s constitution and guidelines.

Yunusa stated this while addressing journalists while inspecting the exercise on Saturday in Buji  LGA.

The News Agency of Nigeria (NAN) reports that the congresses were peaceful sequel to the consensus option employed by the stakeholders across the 27 local government areas of the state.

A NAN correspondent who monitored the congresses in Dutse, Kiyawa and Buji  LGAs, reports that the exercise were peaceful in the areas visited.

Yunusa said: “We believe that consensus brings about unity and harmony in our party.

“For instance, we received no single petition or appeal during our last ward congress in Jigawa.

“And this signifies unity and peace among our party.”

In his remarks, Alhaji Haruna…