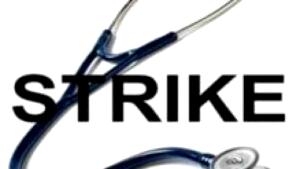 The Federal Government has pledged to do everything possible to end the ongoing nationwide strike by the National Association of Resident Doctors (NARD), which has paralysed activities in government-owned hospitals nationwide.

The Minister of Labour and Employment, Sen. Chris Ngige, said this while addressing the Nigerian Health Commissioners’ Forum Quarterly meeting on Friday in Abuja.

Ngige said this in a statement signed by Mr Charles Akpan, Deputy Director, Press and Public Relations in the ministry.

The minister recalled that the doctors were “sleeping on their rights until COVID-19 pandemic broke out last year” and the Federal Government felt that the N5,000 hazard allowance paid to them since 1991 was too paltry.

He noted that the Federal Government paid the doctors and other health workers “bumper money” as a special COVID hazard allowance for three months in the first instance, to the tune of N32 billion.

He said that states were told to pay…