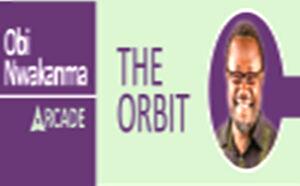 Mr Kunle Olawunmi, former Commodore of the Nigerian Navy and operative of the Defence Intelligence Agency (DIA), a cloak-and-dagger arm of the Nigerian Military Services took a risk when two weeks ago he outed, or “declassify” himself on Channels TV.

It was a brave and courageous thing done by a patriot in the service of his nation. He basically, literally, fell on his own sword.

What this gumshoe said on National TV, would have in other countries where they take themselves, their national security, and the highest interests of their citizens seriously, elicited a very serious parliamentary inquiry.

A high-powered investigation of the president of this country by the National Assembly is long overdue, to determine the extent to which external forces may, or may not have captured the presidency of Nigeria, and turned Nigeria into a Jihadist state, and the presidency a nest of the Boko Haram and other terrorist organizations and operators. Most Nigerians have had…