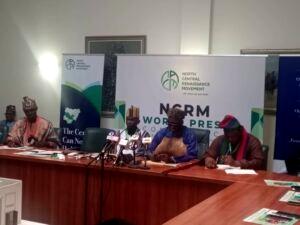 Leaders of the North Central zone under the auspices of the North Central Renaissance Movement, NCRM, Tuesday, called on the two major political parties, the All Progressives Congress, APC, and the Peoples Democratic Party, PDP, to zone their 2023 Presidential tickets to the zone in the interest of fairness and justice.

The group stated this at a world press conference that was held in Abuja, yesterday, saying the time has come for other geo-political zones to rally behind the North Central to produce the next President of Nigeria.

In his opening remarks, Chairman of the group, Dr Nghargbu K’tso said the zone will not accept the national chairmanship of any political party, stressing that nothing short of the Office of the President of the Federal Republic of Nigeria is good enough for the North Central in 2023.