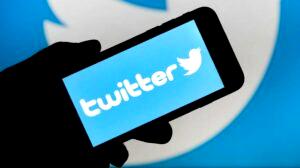 The Federal Government on Wednesday said that it was ‘very close’ to resolving the issues it had with Twitter that led to government to place a ban on the microblogger.

Recall that it was about 100 days since the federal government placed a ban on Twitter for deleting President Muhammadu Buhari’s tweet on the Mazi Nnamdi Kanu-led Indigenous People of Biafra, IPOB.

As the action of the government attracted condemnation from different segments of the country, the Federal Government on August 11, had assured that the Twitter ban in Nigeria will be lifted soon.

The Minister of Information and Culture, Alhaji Lai Mohammed had given the assurance while briefing State House correspondents at the end of the virtual Federal Executive Council, FEC, meeting presided over by Vice President Yemi Osinbajo at the First Lady’s Conference room, Presidential Villa, Abuja.

Alhaji Mohammed, who was asked to give an update on the Twitter ban in Nigeria and…