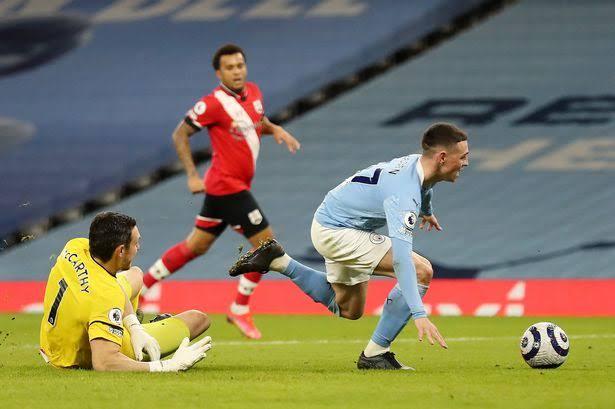 Manchester City scraped a controversial goalless draw at home to Southampton on Saturday at the end of a difficult week for manager Pep Guardiola.

The Premier League champions were far less impressive against Saints than they had been in beating RB Leipzig 6-3 in midweek – a victory that was overshadowed by Guardiola’s post-match comments.

The Catalan coach upset fans by appearing to question the attendance for another big home triumph, urging “all our people to come” for a clash against “so, so dangerous” Southampton.

Guardiola later insisted his comments about fans had been misinterpreted, but Southampton certainly lived up to his pre-match lofty billing and were left disappointed to head home with only a point after a second-half penalty awarded against Kyle Walker was overturned – albeit Raheem Sterling also had a late goal struck off.

Chances were few and far between up until the penalty incident, although Che Adams dragged wide as pressure built on the…