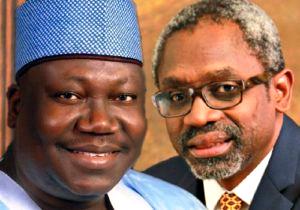 Socio-Economic Rights and Accountability Project (SERAP) has urged the Senate President Dr Ahmad Lawan, and Speaker of House of Representatives Mr Femi Gbajabiamila to reject the fresh request by President Muhammadu Buhari to borrow $4 billion and €710 million until the publication of details of spending of all loans obtained since May 29, 2015 by the government.”

President Buhari recently sought the approval of the National Assembly to borrow $4,054,476,863 billion and €710 million, on the grounds of “emerging needs.” The request was contained in a letter dated 24 August, 2021.

In an open letter dated 18 September 2021, and signed by SERAP deputy director Kolawole Oluwadare, the organization expressed “concerns about the growing debt crisis, the lack of transparency and accountability in the spending of loans that have been obtained, and the perceived unwillingness or inability of the National Assembly to vigorously exercise its constitutional duties to check…