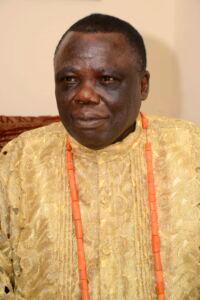 Sometime in 2011, I received a call from Chief Rita Lori-Ogbebor, asking if I could visit her Surulere residence before the end of the week.

Two days later, I was at the home of the revered Itsekiri matriarch.

“Dr, meet Charles, my son,” she said in her usually firm voice.

“How are you, Charles. Pleased to meet you,” a dark-complexioned man, whose age you could hardly place, said calmly with smiles.

READ ALSO:Olu of Warri urges Itsekiri entrepreneurs in Dubai to be good ambassadors

“Charles, Dr. is my younger brother. He lives in the UK. He is here for an assignment on behalf of an Itsekiri group he leads in the UK,” Lori-Ogbebor added.

The conversation that followed with Dr. Merick Lori, revealed a man of few words, who despite residing nearly 4000 miles away, emotionally lives with his people, the Itsekiri.