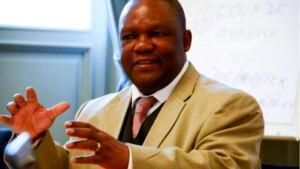 *As Northern govs, others mourn his passage

The Northern  Governors’ Forum, NGF, Aare Inakakanfo of Yorubaland, Iba Gani Adams, among other Nigerians yesterday continued to mourn the demise of former Deputy  Governor of Central Bank of Nigeria, CBN, a frontline  Vanguard  Columnist and a former Presidential candidate of the African Democratic Congress, ADC in the 2019 general elections, Dr. Obadiah Mailafia.

This came as the Christian Association of Nigeria, CAN, called on the Federal and Kaduna State governments to immortalise him, saying the “people of the Middle Belt too should not forget the man who served them to the end.

Mailafia, 64, died Sunday morning after a brief illness at the National Hospital, Abuja.

The Northern governors described his death as a great loss to the nation as well as the entire Northern region.

Chairman of the Forum and Governor of Plateau State, Simon Lalong,…