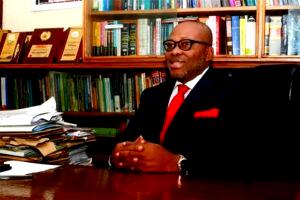 Former 2nd Vice-President of the Nigerian Bar Association, NBA, Dr Monday Ubani has cautioned the national leadership of All Progressives Congress, APC, not to impose anyone as leader of the party in Abia State.

Decrying the perennial crisis that has bedevilled the party in the state, Ubani warned that the situation may worsen with the indication that an unpopular candidate is being imposed as leader of the party.

Calling on the national leadership of the party to check the excesses of some of it’s executives, Ubani noted that it is the belief and conviction of the stakeholders and members of the party that the  quick resolution of this crisis in the state by the National Secretariat will place the party in greater strength, unity and cohesiveness to take over the leadership of the State from the ruling party due to their bad governance.

In a statement he issues on Friday, he said: “Abians in APC will never allow any  leadership to be imported into…