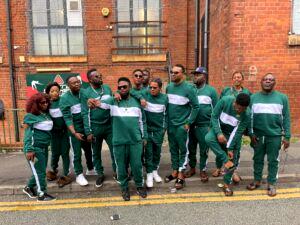 Edo rich cultural heritage and legendary music prowess was again on display in major cities of the United Kingdom as children of Edo music legends thrill fans with old indigenous songs of yesteryears.

The concept which attracted Edos and lovers of Nigerian music from across Europe and the United Kingdom, saw the children of Edo music legends performing their father’s songs to administration of the crowd, who were reminded of the good old days.

The initiators and promoter of the concert who is also the producer of Edo national anthem said the 24bits showdown will continue to expand Edo social cultural heritage.