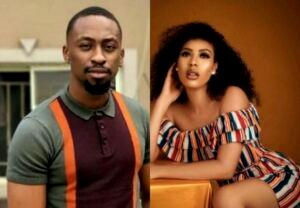 One of the housemates in the ongoing Big Brother Naija Season 6 Shine Ya Eyes show, Nini, has said she hoped she had not done anything in the house to jeopardise her relationship with her boyfriend.

She expressed her fears during her time in the Diary Room with Big Brother.

“I hope I have not done anything to annoy my boyfriend and put the relationship in jeopardy.”

Her statement, said a viewer, means Saga, who has expressed his love for Nini, is in a “situationship”.

Asked her reaction to the disappearing act she put up at the behest of Big Brother, Nini said it was the most exciting thing for her in the House.

However, Nini added, she felt pity for the housemates due to the emotions they went through…