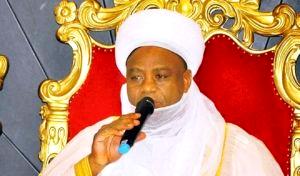 The Sultan of Sokoto, Alhaji Sa’ad Abubakar III, has urged the striking members of National Association of Resident Doctors (NARD) to call off their ongoing strike and embrace dialogue.

Abubakar III made the call during the opening ceremony of the 20th Conference of the National Pediatric Surgeons of Nigeria (APSON) on Friday in Sokoto.

He appealed to the doctors to also respect the court order to resume work in the interest of the nation.

He advised the doctors to involve elders, traditional rulers and other stakeholders to engage the government in dialogue.

He noted that strike should be the last option in resolving industrial conflict, especially for medical workers whose responsibility had to do with saving the lives of citizens.

In his remark, Governor Aminu Tambuwal of Sokoto state, said his government had prioritised the health sector in recognition that a healthy population is always productive.