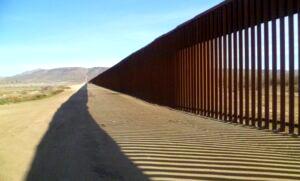 The Nigerian Navy has urged the Federal Government to build a wall across the country’s borders to stop proliferation of arms and ammunition.

Commodore Jemima Malafa, who represented the Nigerian Navy, said this during an interactive session on four bills pending before the House of Representatives Committee on National Security and Intelligence on Monday in Abuja.

“We should build a wall between our country and the neighbouring countries,” she said.

“I was in Chad recently and discovered that most of the countries that surround us do not have armouries and that is why most of their citizens get arms that they sell to make money.

“I blame foreign countries that sold and donated arms and ammunition for them without recourse to where they would keep them after use.

“It is as a result of this that Nigeria is in deep crisis; these arms and ammunition will always find their way to Nigeria.

The News Agency of Nigeria (NAN) reports that the four bills…

Tension in varsities over sharing formula of N22.1bn Earned Allowances