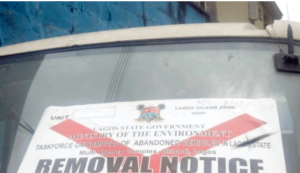 Lagos State Government has suspended the operations of the entire ad-hoc teams of Committee on Removal of Abandoned Vehicles, RAVC, in the 20 Local Governments, LGs, and 37 Local Council Development Areas, LCDAs, with immediate effect in the state.

This decision, according to the Special Adviser to the Governor on Transportation, Oluwatoyin Fayinka, followed series of complaints by members of the public on the activities of some of the units which had caused embarrassment to the state government.

Fayinka, added that the suspension would also afford the state government to appraise and review the operations of the team.

Meantime, he said the Central Committee of RAVC would continue to operate skeletal duties.

Fayinka, however, warned that any ad-hoc team found operating after the notice would be handed over to Law Enforcement for trial and prosecution in accordance with the Law of the state as captured in the Traffic Sector Reform Law,TSRL,…