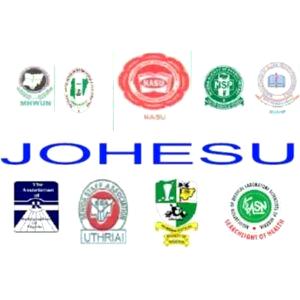 THERE are indications that the Federal Government owned  hospitals may be shut down by weekend if the government fails to address the concerns raised by health workers.

Recall that health workers under the aegis of Joint Health Sector Unions, JOHESU, and Assembly of Healthcare Professional Associations, AHPA, had on September, 17, issued a 15-day strike notice to the Federal Government over the alleged inability of the latter to address some of the contentious issues raised by the workers.

Even though the workers said that they are not strike mongers, they said they would not hesitate to withdraw their services if the government failed to address their demands.

JOHESU in a statement yesterday signed by its national chairman, Comrade  Biobelemoye Josiah, reminded the Federal Government to act before the end of the fifteen days notice as contained in its communique…

#EndSARS: What has changed?