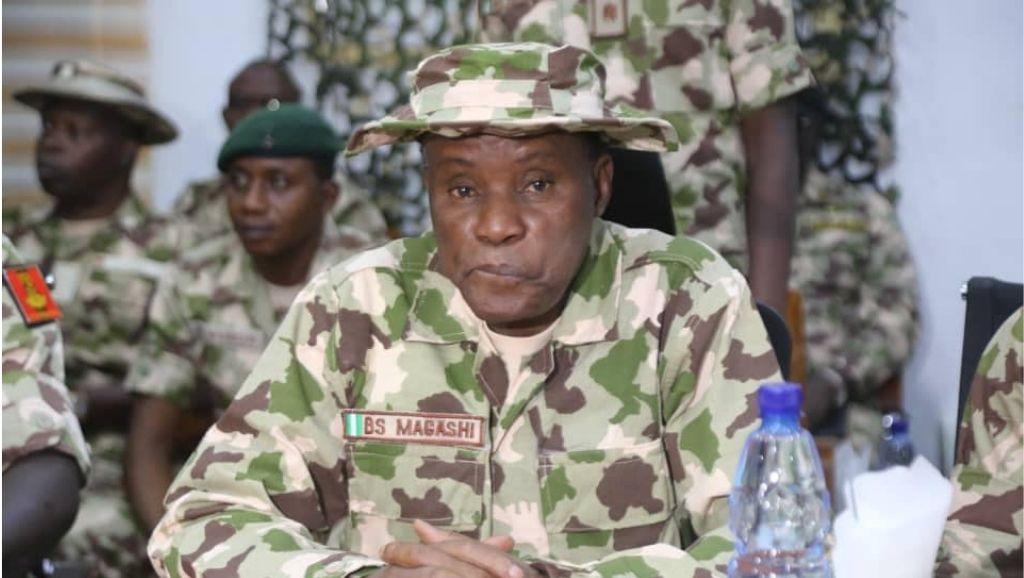 The Minister of Defence, retired Maj.-Gen. Bashir Magashi, says the online video trending showing a man hanging an AK-47 Riffle purported to be him is mischievous.

The Special Assistant on Media and Publicity to the minister, Mr Muhammad Abdulkadri, in a statement on Sunday, said there was the need to counter the narrative.

Abdulkadri said:  “To claim that the person in the video is Gen. Magashi is false and misinforming.

“Findings have revealed the undeniable identity of the person in the video as the rector of a Nigerian army college.

“By virtue of the rector’s command and position, he is statutorily allowed in the military to sign for weapons when travelling.

“The Army green colour on the vehicle shown in the video and the unit sticker on the official vehicle are enough evidences to neutralise the spurious claim in the video.”

Abdulkadri also said that the vehicle in the video being referred to as the official vehicle is not the minister’s official car.