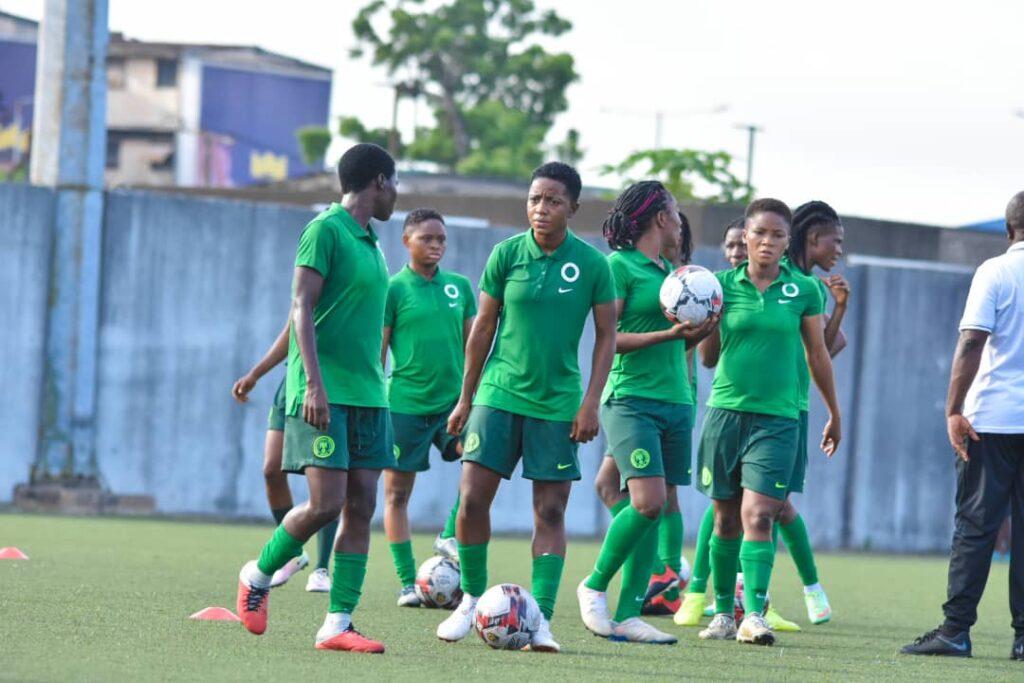 Nigeria’s U20 girls proceeded into the penultimate round of the African qualifying series for next year’s FIFA U20 Women’s World Cup with an elegant 11-0 aggregate dismissal of their counterparts from the Central African Republic.

Victors by 7-0 from the first leg played in Douala, the Falconets rather took things easy at the Mobolaji Johnson Arena on Lagos Island, making it 4-0 with Mercy Idoko, two-goal heroine from the first leg, earning another brace.

Flourish Sebastine got the Falconets in front after latching onto a long thrust by Bashirat Amoo in the 13th minute, a minute after exciting left-sided midfielder Esther Onyenezide had rocked the crossbar from a free-kick.

Sebastine could have made it two 14 minutes later but she was thwarted by goalkeeper Beverly Mellot, who put up a brave performance. In the 31st minute, Onyenezide again rattled the crossbar with a sweet in-swinger from the right.

ALSO READ: Costa Rica 2022: Falconets look beyond CAR girls to next round of…