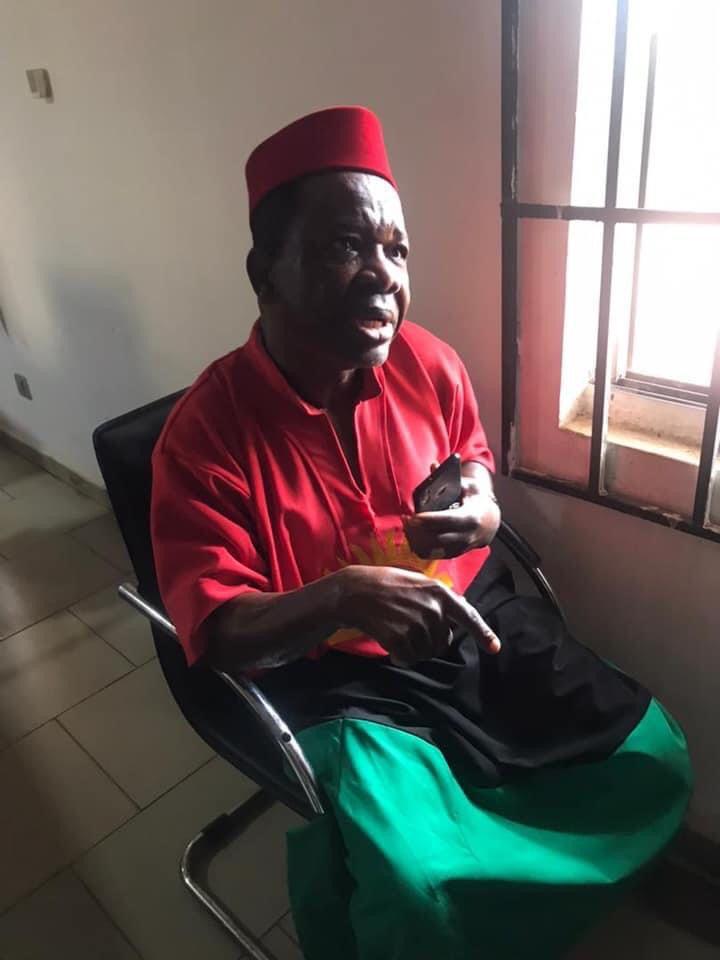 … Denies brutalization of the veteran actor

The Nigerian army has confirmed the arrest of veteran Nigerian actor, Chiwetala Agu for allegedly inciting the public and soliciting support for the indigenous peoples of Biafra, IPOB, in Onitsha, Anambra state.

Recall Vanguard had reported how the Troops of the Nigerian Army arrested the veteran actor who was draped in the Biafran flag at Upper Iweka Road, Onitsha, in Anambra state earlier on Thursday.

According to the Nigerian Army, Chiwetala Agu’s actions negates the peace efforts in the region given the security situation in the state that has degenerated in the past few months leading to wanton killings and kidnappings.

In a statement signed by the Director of Army public relations, Brigadier General Onyema Nwachukwu, the Nigerian army says contrary to reports of brutalization, the veteran actor was merely taken into custody for further investigation.

He said, “Troops of the Nigerian Army(NA) have arrested one…