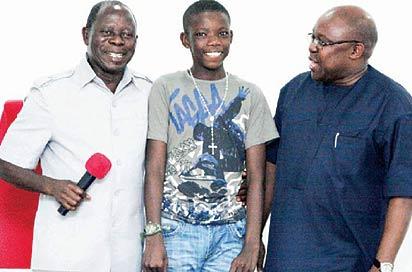 HE caused uproar eight years ago as a 13-year- old boy who hid in the tyre compartment of a Lagos bound airplane from Benin City, Edo state and he was not discovered until the plane landed in Lagos.

Now 21 years old, Daniel Ricky Oikhena said he was motivated by adventure and his desire to lift his family from poverty, thinking the flight was going abroad.

Some legal practitioners then said in the eyes of the law the boy could not be charged or prosecuted because he was a juvenile and they described him as one that needed to be trained just like in other developed climes.

A lawyer, Olayiwola Afolabi said then that “First and foremost you cannot blame the boy because he is a juvenile, you cannot charge him to court because he was not caught with any arms, and the boy never meant any harm.