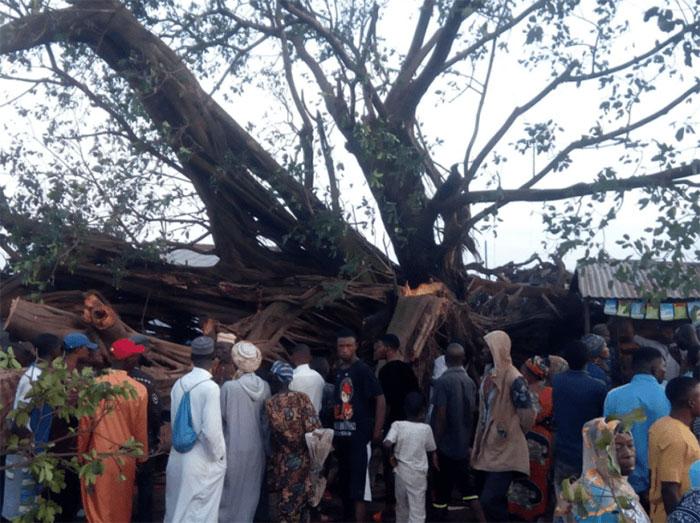 Worried by the loss of lives, following the fall of a 100-year old mysterious tree that fell on four people in Oyo town and rose again, the Alaafin of Oyo, Oba Lamidi Adeyemi, has been troubled to visit the scene to commiserate with families of the victims.

Vanguard recalls that the tree, which is popularly called “Igi Odan” trapped at least four people on Monday night.

However, while residents were still mourning their beloved ones, the tree reportedly rose up before sunset the following morning.

It was learnt that the tree has been at the location for over 100 years, while it came as a shock to residents to have seen the fallen tree whose branches had already been hewn mysteriously back up on Tuesday.

Sources told Vanguard that the Odan tree was uprooted by the wind during the downpour on Monday night.

They were, however, left in shock seeing that the fallen tree was back standing firmly rooted to the ground where it was uprooted from a day earlier.