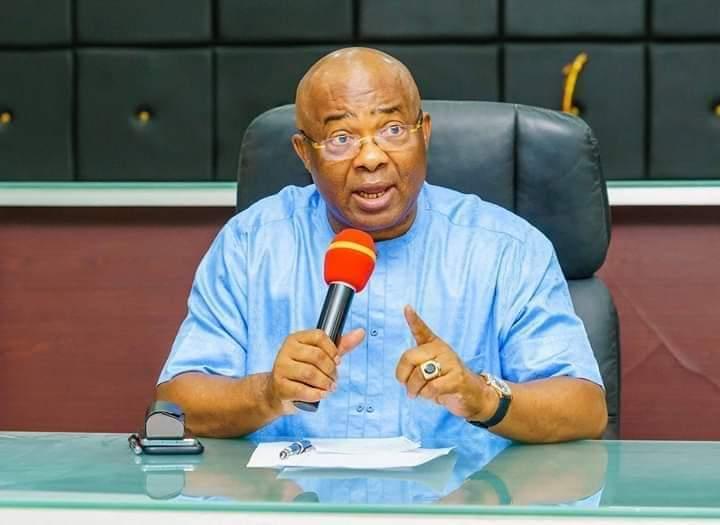 …Promises to set up Panel of Inquiry

Pained by the killing of security operatives and extensive destruction of property at Izombe in Oguta Local Government Area of Imo State at the weekend, Governor Hope Uzodinma has vowed that the perpetrators of the mayhem would be unmasked and brought to justice.

He has also promised that government will set up a Panel of Inquiry that will look into the immediate and remote causes of the crises and make recommendations that will help stop further occurrence.

Addressing newsmen on Monday in the company of military and police authorities, the Governor expressed dismay over the ugly incident, particularly a situation where bandits confronted the Military Patrol, burnt their vehicle, abducted and killed two soldiers, and made away with their riffles.

“The recent happenings have brought to the fore the earlier State’s directive that anybody, no matter how highly placed, who is in possession of any weapon should return it to the Security…