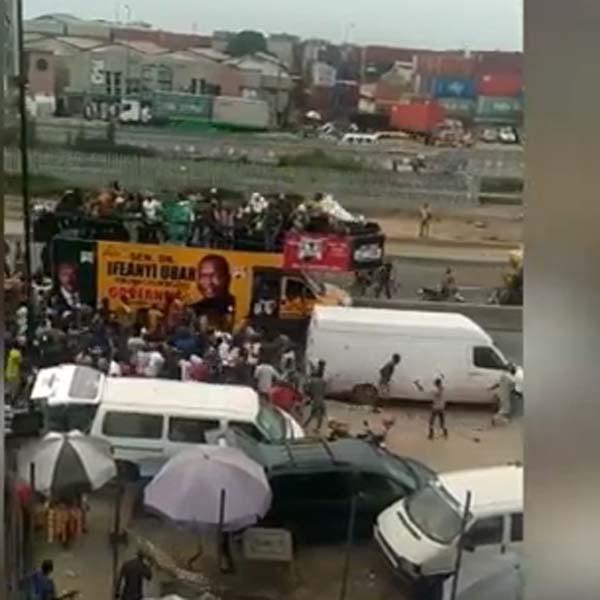 Ahead of November 6, 2021 governorship election in Anambra State, the candidate of Young Progressive Party (YPP), Dr Ifeanyi Ubah has taken his campaign to Lagos state.

His campaign vehicles were spotted moving on major roads in Lagos. Crowd were also seen cheering up his supporters.

However, the reason for shifting the campaign to Lagos would not be far from killings and other insecurity issues bedevilling the entire South East region.

The declaration of sit-at-home by the Indigenous People of Biafra, IPOB, and of course the hijack of the call by unknown gunmen has heightened insecurity in the region.

No fewer than 175 persons, including soldiers, police and civilians, have lost their lives in the South-East within the last six months due to the insecurity that has engulfed the region.

The abysmal killing of Dr. Chike Akunyili, an accomplished medical expert, and husband to late Prof. Dora Akunyili, the ex-Director General of the National Agency for Food and Drug…