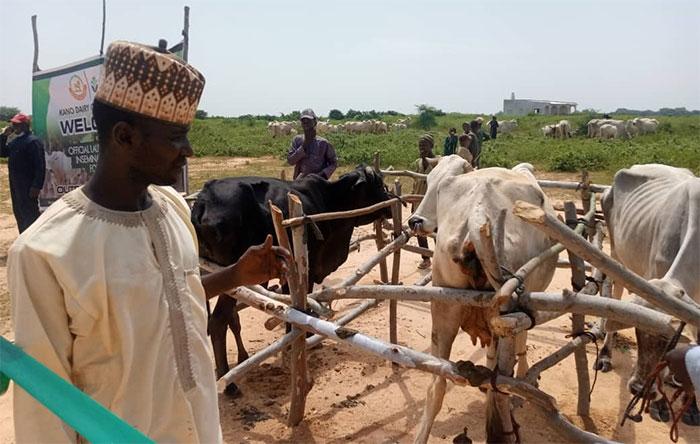 Speaking on behalf if the Federal Ministry of Agriculture, the Assistant Director Livestock, Bashir Muhammad Danjanku stated that the Federal Government is going to inseminate 100 cows in Kano State to support the project.

Danjanku said this at the official launch of the artificial insemination programme of cows at Yar Kanya village in Dawakin Tofa local government of Kano state.

He explained further that the people should also take good advantage of the various interventions provided by the government through the Central Bank of Nigeria, CBN, that includes milk production.

He added that the federal government is also coming to provide enough feeds for the cows in the area before the the insemination and to also discourage them from continuous movement.

The project of inseminating cows to enhance the production of milk is being run by the Kano Dairy Cooperative Union with support by Outspan from Singapore.

Also speaking at the event, the Regional Manager of…