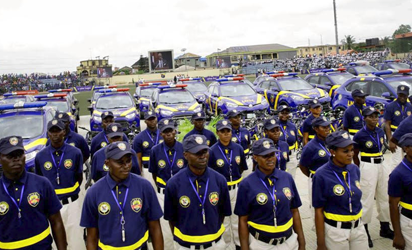 The Management of the Lagos State Neighbourhood Safety Agency, LNSA, has sanctioned all the officers involved in the unlawful treatment of Mr Adedotun Clement (the Uber Driver) during the Wednesday EndSARS first anniversary protest whose video went viral on social.media.

The General Manager of the Agency, Prince Dr  Ifalade Oyekan, who disclosed this yesterday, said the measure followed the conduct of the orderly room trial of the two officers identified in the various videos on social media from the incident and the supervising officers from at the venue.

According to Oyekan, the two officers and the Supervising Officers were charged with disreputable conduct as a result of the assault on a member of the public, the use of pepper spray which is not a standard issue kit for officers of the agency and general unruly behaviours capable of breaching public…