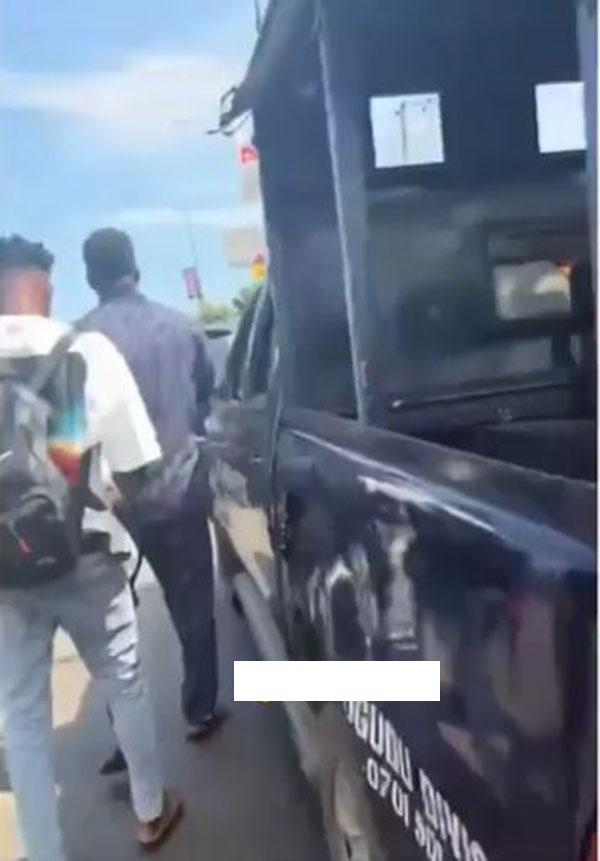 In the video, a young man carrying dreadlocks and backpack can be seen explaining to Mr. Macaroni that he was made to transfer N30,000 to an account by the officers.

Some of the officers then started pleading with the comedian-turned activist.

However, one of the policemen could be seen recording the person making the video in spite of his colleagues’ attempt to stop him.

Some youths that recognised Debo, stopped to ask what was happening.

One of the officers was heard telling them “kosi kan kan” (‘nothing is wrong/happening’).

On the body of a police Hilux truck packed at the scene was written “The Nigeria Police Ogudu Division”.

A source said the event was streamed live on Instagram by Mr. Macaroni.